High-efficiency double-pane windows are built with an insulating gas, typically argon, sandwiched between two glass panels. This gas is sealed with a desiccant that stops moisture from getting inside the tiny space between the panes. The desiccant is often made from silica gel, the same substance you’ll sometimes find in small packets packaged with certain items. The silica strip is placed throughout the perimeter of residential windows but it’s not uncommon to find it in other types of windows as well. 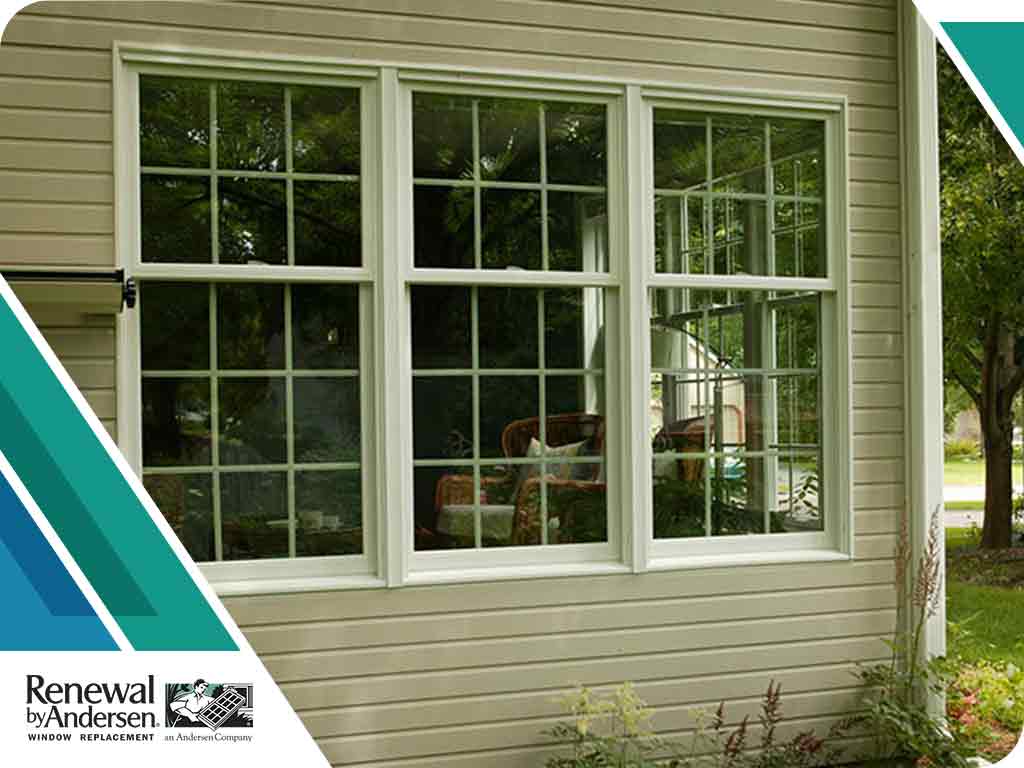 How to Fix Condensation Issues in Double-Pane Windows

Today, Renewal by Andersen® of Kansas City explains how and why condensation happens and what you can do about it.

You’ve probably learned in basic science that heat can make objects expand. Cooling an object has the opposite effect. Glass undergoes this phenomenon, although at an extremely unnoticeable rate. This is why it’s slightly more difficult to open double-hung windows at noon than it is at night. During the day, sunlight heats up the glass and causes it to expand. Alternatively, in the evening, the heat leaves the panes and the glass contracts.

This constant expansion and contraction eventually wear out the window, particularly the sealant in its perimeter. When the sealant breaks, the desiccant begins to absorb higher amounts of moisture until it’s saturated.

Condensation in double-pane windows happens when there’s a critical difference between the temperature levels inside and outside the glass pane. This condensation is akin to the condensation on the outside of a cold glass when left out under the sun.

Typically, the condensed water is absorbed by the silica gel in the sealant. If the sealant is worn out, or the silica gel becomes too saturated, water starts to accumulate in the gas, causing all kinds of issues.

Unfortunately, it’s difficult to stop condensation from happening. Some contractors would drill a hole in the glass of the window itself and then manually remove the moisture through the hole. However, drills can leave burs or sprue-like residue that might be an issue for sliding windows or other similar types.

In fact, this solution is simply a means to control the symptoms of a much bigger problem. Normally, for minor condensation issues, you may need to replace only the pane. However, a full misty window will need a complete replacement immediately.

Find out more about condensation with our window experts at Renewal by Andersen of Kansas City. Call us today at (913) 385-1300 to schedule a free inspection! We serve Independence, MO, and nearby areas, including Olathe.

"I highly recommend Renewal by Andersen. I am extremely impressed with their ability to take care of any issues I have. The product is superb and is the first thing everyone notices when they come to my home."

© 2020 Renewal by Andersen in Kansas City